“This place is so beautiful that it gives you a feeling of infinite joy, similar to ecstasy. But what torture me is that I won’t be able to capture half of its beauty in the film. Yet I look and it is of a beauty that outweights suffering.”

Bertolucci, Director of Tea in Sahara

The occupation of the city of Ouarzazate dates back to the beginning of time. Indeed, several rock engravings and tumulus testifying to prehistoric times have been found in the city and its surroundings, even if the city remains an enigma in the eyes of archaeologists.
The Amazigh people are the first known inhabitants of this region, then populated by black Africans and Jews.
Starting point of the oasis road, the region of Ouarzazate was in the past the point of commercial and cultural encounters between different peoples of the North and South of the African continent.
In the Middle Ages, the region was Islamised by Oqba Ibn Nafia, in the year 62 of the Hegira (681 AD). From the middle of the 8th century, the extension of the Kharijite revolt and the appearance of the Idrissides In Morocco(opponents to the authority of the Damascus Khalifat) pushed for the founding of Sijilmassa in Tafilalt. This led to the decadence of the ancient cities of Todgha and Ziz in favor of the Province of Ouarzazate. The latter then became the way of passage of the caravans carrying the goods that arrive from Sudan and Sijilmassa and that head towards the north of the Atlas: Marrakech. Ouarzazate thus became an important shopping centre in Morocco.
From the second half of the 13th century, the Maâquil Arabs infiltrated all the provinces of Southern Morocco with the exception of the mountainous areas. 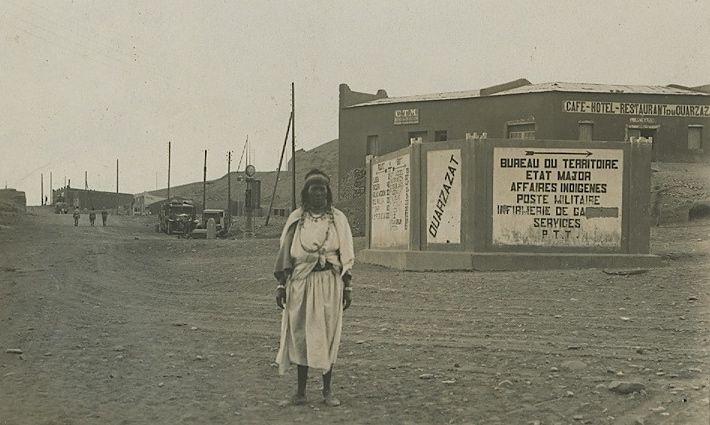 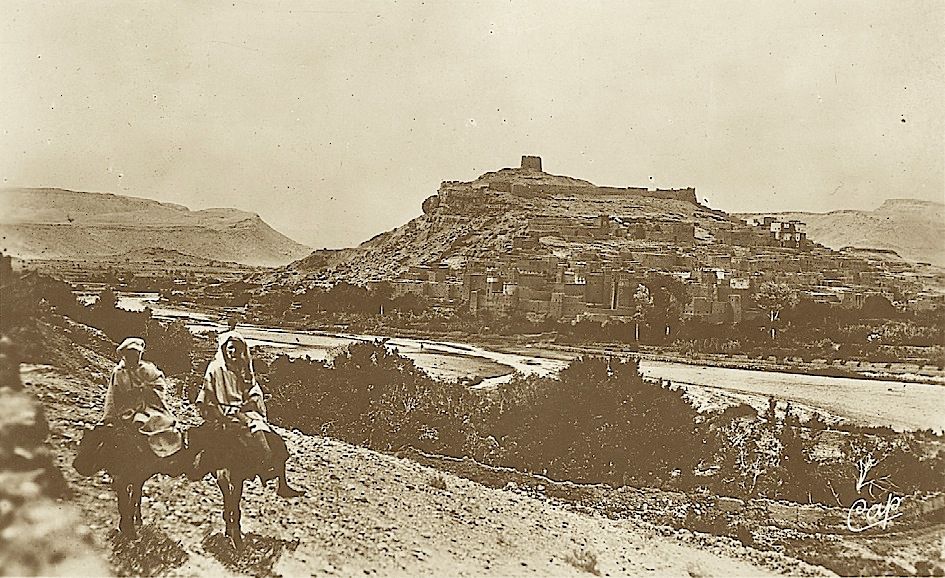 During the Saadian period, the region still revived and experienced an economic and cultural boom favored by the development of fruitful trans-Saharan trade, especially after the expedition organized by Sultan El Mansour in Sudan which became a province of the Grand Moroccan Cherifian Empire.

The great interest aroused by the discovery of gold and other precious metals, would have determined the establishment of merchants of different nationalities and religions in this part of the country formation of small Jewish kingdoms which favored its expansion at a certain time .

Ouarzazate was then the heart of Morocco where a renowned and flourishing trade thanks to the caravans allowed an economic revival for the country.

But after the disappearance of El Mansour and the Atlantic coast becomes the zone of privileged exchanges to the detriment of the region of Ouarzazate which knows a period of decline.

In the 17th century, with the advent of the Alaouite Sharif Dynasty, the region entered a new era of development on a full footing and remained faithful to the throne.

With the arrival of colonial troops in the region, a garrison town was founded in 1928, Ouarzazate became the administrative center of the Drâa region.

All the populations of Saharan Morocco faced and bravely refused the colonialist occupation as did the other regions of the country.

The construction of the El Mansour Eddahbi Dam around the 1960s gave new life to the region’s economy, particularly in the area of ​​agriculture, the reservoir of which allows irrigation of the Drâa valley and part of the food supply. Ouarzazate drinking water.Ouarzazate, capital of the Province, located at 1150 meters above sea level is undoubtedly the capital of the Draa Valley. This river, one of the longest in Morocco, which rises in the Atlas, cuts its bed between the Anti-Atlas and the Djbel Sagho and joins the Atlantic on the edge of the desert.The province of Ouarzazate is located in the south-east of Morocco, it extends its 44,460 km2 between the snows of the High Atlas in the north and the Saharan sands in the south.
It belongs to a pre-Saharan region. This is how the climate of Ouarzazate province is semi-desert with a strong continental influence. The dryness of the climate is fortunately mitigated by the melting of the snow accumulated on the crests of the nearby High Atlas. It gives life, at least temporarily, to the wadis. What benefits agriculture, here dominant.
The palm tree, a large supplier of dates and shade, comes first. Barley is the most common cereal. But we also grow henna, cumin, the fragrant rose Damaskina and saffron in the high mountains.Outside the bottom of the valleys, the large steppe areas offer their routes to semi-nomadic farming.Ouarzazate is also Moroccan Hollywood and Maghrebian. Its breathtaking natural setting and lush Kasbah have been the backdrop for many films, including “Lawrence of Arabia” and “A tea in the Sahara”, “Asterix and Cleopatra”, etc. .
The Ouarzazate Kasbah is listed as a UNESCO World Heritage Site.The province of Ouarzazate is a meeting point for the roads of Dadès and Drâa, Sous and Marrakech.Ouarzazate has today become an important tourist destination in southern Morocco. 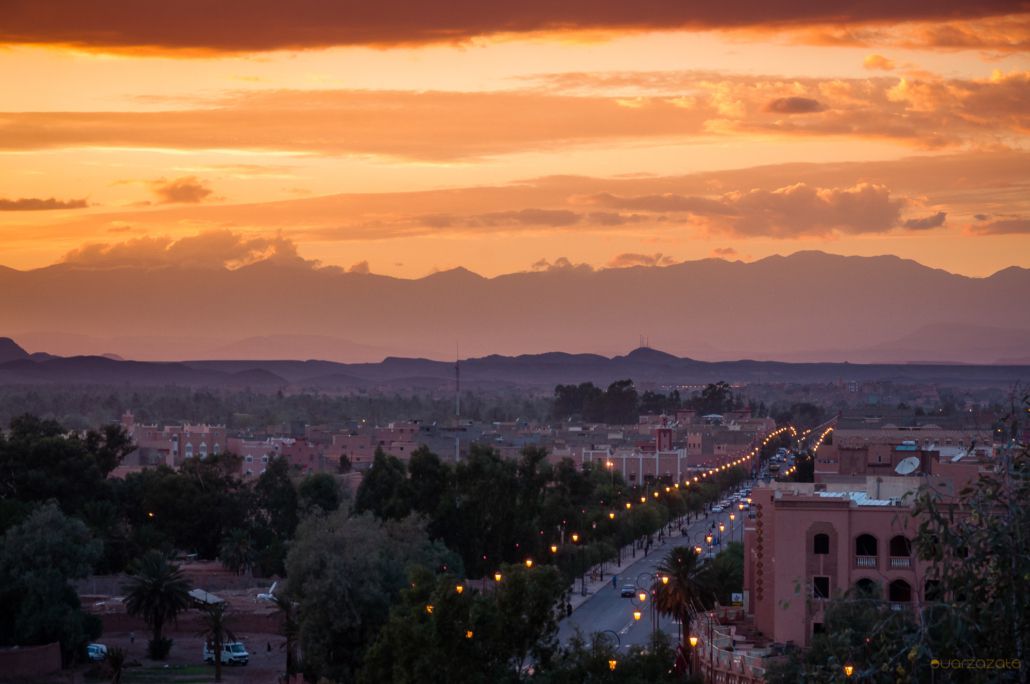